People use high-profile aid failures as a weapon to rail against aid expenditure.  Rather than arguing that aid has failed, it might be more useful to critique how it is delivered, who is delivering it and the accountability mechanisms in place.  The mechanism of aid is not at fault, it is the way it is deployed that is sometimes problematic.

There are many channels of aid delivery, such as through bilateral and multilateral cooperation agreements, through intermediary banks such as the Asian Development and the World Bank or through local or international NGOs.  Each of these delivery mechanisms has an agenda and a reason for their engagement.  International or local NGOs may have a humanitarian, philosophical or faith-based rationale for their engagement, whereas bilateral engagement may be for geopolitical purposes.  Regardless of the rationale it is all lumped into the one term of “aid”.

If we are to explore the concept of aid failure we need to unpack it to understand the location of the failure.  If you have a leaking pipe you don’t necessarily replace all your plumbing, you analyse where the leak is coming from and change out the offending leaking pipe.  Likewise, if there are components of the aid sector that are not working and not achieving the impact that the Australian public as stakeholders demand and deserve, it should be addressed in a similar manner. The Australian public works hard to pay their taxes and need to be assured that the funding that is given for a specific purpose actually achieves the stated objectives, not necessarily because they want economic efficiency but because as a society they believe in helping where they can and don’t like to see the suffering of others.  So if aid is designed to alleviate poverty the Australian public should expect the expenditure of aid dollars to result in tangible impacts.

There are many roads to achieving the goal of alleviating poverty but each is problematic in both implementation and delivery.  As mentioned there are also multiple delivery methods, but likewise, the conditions within the recipient countries are also varied as David Cameron said, there needs to be a “Golden Thread” of a stable government, lack of corruption, human rights, the rule of law and transparent information

Aid can create dependency, it can create structural power issues and it can be less effective without coordination between the various agencies, governments and civil society.  The perception of failure also occurs when inadequate time has been given to achieving the desired results or when aid is commercialised inappropriately.

Showering of aid on recipient countries can do a lot of harm and manufacture dependence, Malawi is a great example whereby in 2012 they were given 1.17 billion dollars equating to 28% of the country’s gross national income.  This led to corruption within the government and the attempted killings of investigators.  While Malawi still gets substantial aid there is now an attempt to keep it out of the government hands.

In many cases, the flow of aid through governments that are less accountable to their people creates power and economic structures that inhibit the ability of people to help themselves.  The poor don’t pull themselves out of poverty because the ability to do this is not available to them.  For example, the infrastructure in places such as Bougainville and Timor Leste is poor, farmers can produce crops and goods but roads and transport is so poor that they can’t get their products to market. While the latest report on the Global Partnership for Effective Development Cooperation  (GPEDC) argues that with only 51% of aid being channelled through the recipient countries own state systems is a poor result, the question must be asked is it always a good investment?

The development sector and I include all actors, have a strong desire to do good work, but this is sometimes compromised by the competitive nature of raising and accessing funds.  There is a substantial lack of coordination between aid agencies, governments as well as multi and unilateral agencies. It is not that there isn’t a desire to do better, it’s just hard to do, it is hard to fit together with each actor’s agenda and programs or to modify what has already been planned.  Given the chase for the donor dollar is competitive, be that at an NFP agency level or a multilateral level, the culture of the organisations tend to be very guarded and therefore in any coordination efforts, the sharing of resources or information and the willingness to adapt programs or even agendas becomes problematic.

Aid also fails when there is inadequate time to achieve results and when assumptions about the people being helped are wrong.  The variables are vast and often the voice of the local people is left out of the decision making. There is an unequal relationship whereby timeframes are agreed to under the duress of not receiving the funding.  The mobilisation and empowerment of civil society are being further compromised by the movement of aid away from civil society to that of the private sector.  The power structures inhibiting people to lift themselves out of poverty are further compounded by corporate interests in keeping wages low and labour rights suppressed.  We now see aid being used to counter the achievement of universal human rights, higher levels of education and access to health care in the name of achieving structural or macro-economic development.

As Winnie Byanyima, Executive Director at Oxfam has argued, “Development cooperation between nations is very important because it is one of the building blocks of shared peace, prosperity and human rights for all.” It is a counter to nationalism, closed borders, hatred and xenophobia.

Most Australians in one way or another contribute to aid so we need to be active in identifying how we can achieve better results not only from an economic approach, (although we should always strive to achieve the most with our resources) but with an eye on the future. As the World Bank stated, “Development that meets the needs of the present without compromising the ability of future generations to meet their own needs.” 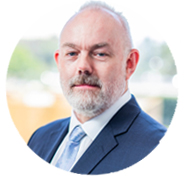 Dr Peter Mason is the CEO of Cufa and host of the podcast, Conversations In Development. The podcast explores a range of topics in the development field ranging from child labour to voluntourism and microfinance.

The first episode, Blurring the lines between good intentions and good business,  focuses on the increasingly common business interests associated with foreign aid, blurring the line between philanthropy and financial gain.

Learn more about this episode and listen today!

During the recent visit to Cambodia, senior representatives from our major corporate donor, TMBL, had the chance to visit our Children’s Financial Literacy (CFL), Livelihoods

6th Year Anniversary of the CUD Program in Myanmar

Alongside our milestone of 10 years for the CFL Program, Cufa this year celebrates its 6th anniversary of the Credit Union Development (CUD) Program in

On the 12th of July, Cufa convened a special event in Phnom Penh to commemorate the 10th Anniversary of our Children’s Financial Literacy (CFL) program.