Published Yesterday, Waking the Asian Pacific Cooperative Potential is an academic look into how mutual firms and credit unions have had meaningful change in the Asia Pacific Region. Cufa’s CEO, Dr Peter Mason, has contributed an insightful piece on the history of our long term partner organisation, Teachers Mutual Bank.

Dr.Mason’s look takes us through the beginning of the Credit Union movement following the end of the second World War, one of these was the Hornsby Teachers Credit Union, which began in the early 1960’s. Their growth started due to ‘local financial institutions not meeting the needs of the community, due to not only access, but the types of financial products that these institutions offer, perceived unaffordability of interest rates, or financial products that do not meet social needs.’. As they developed, they held a core philosophy of ‘teachers helping teachers’, and their early days reflected that, the early members beginning by recruiting new members during their lunch breaks. The Hornsby Teachers Credit Union became the NSW Teachers Credit Union in 1967, and thanks to automatic payroll deductions, they grew rapidly.

The NSW Teachers Credit Union was one of many credit unions during the height of the 70s, at their peak numbering 833 in total. These credit unions pioneered the first 24 hour Automatic Telling Machines in Australia, and continued to grow into the 80s, and by 1991 they had grown to over 64,000 members and provided over $1 billion dollars in loans to their members. 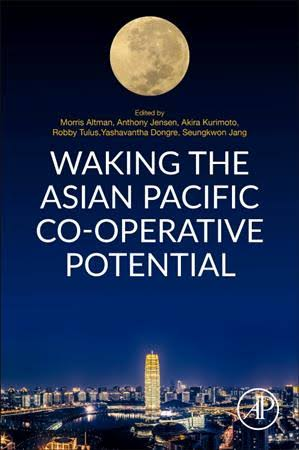 The book takes an analytical approach to the Asian Co-operative Model, as well as Agricultural Co-operatives, Credit Co-operatives and Worker Co-operatives. Though not written as a coffee table book, it definitely is a book to keep your eye out for if you are keen to understand the intricate and rich history of the Asia-Pacific Co-operative environment.